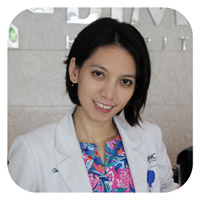 In 2003 Dr. Diana earned her Bachelor of Medicine from Christian University of Indonesia followed by obrtaining her Medical Degree in 2006. She practied at the Internal Medicine Department in Tebet Hospital, Jakarta, from 2006-2009, and General Practitioner in Saruni Clinic Jakarta. She joined BIMC Hospital Group Bali in 2010. She went to “Intensive Kidney and Dialysis training” by the Division of Kidney and Hypertension Section of Medicine, at Sanglah Hospital with the Ministry of Health, April-July 2013. Currently she holds the position of coordinator in the Out Patient Department and Hemo-Dialysis Department at BIMC Hospital Nusa Dua. 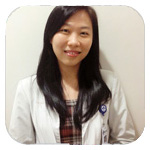 Graduated from Medical Faculty of Udayana University Bali in 2007, Dr. Sissy practiced at Bakti Rahayu Clinic, Nusa Dua Bali, as Head of Clinic and Medical Doctor, and practiced at Mitra Bunda Clinic, Denpasar Bali, as Medical Doctor, until 2008. Her paper’s title is “Critical Limb Ischemia in Multiple Percutaneous Transluminal Coronary Angiography Patient – A Case Review at WECOC 2012, and “Hipertension with The Different Point of View”, at Bali Post, 15th September 2013. She joined the fellowship of Students Care Community of AIDS of UNUD Medical Faculty in 20002, and Committee of World AIDS Day 2003. Since 2008, Dr. Sissy joined BIMC Hospitals as a Medical Doctor, and currently she holds OR Coordinator at BIMC Hospital Kuta.
Dr. Anda Tusta, Sp.B (K) Onk, FinaCS, FICS 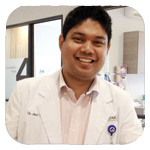 Dr. Anda Tusta’s papers such as: 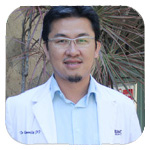 Born in 1974, dr. Raymond Sebastian Purwanta, Sp. PD earned his Bachelor of Medicine from Tarumanagara University in Jakarta in 2002. He continued his study at Department of Medicine, Metropolitan Medical Centre, Manila Philippines in 2004-2007, and then fellowship at Gastroenterology in 2008. He gained his Internal Medicine from University of Indonesia/Government Hospital (RSCM) in Jakarta, 2011. He was a member of Indonesian Doctor Association in 2009, member of Indonesian Internal Medicine Association (PAPDI) in 2011, and as well as member of Philippine College of Physician in 2014.

Dr. Raymond previously was an ER Doctor of Abdi Waluyo Hospital in Jakarta, and now currently holds as Internal Medicine Consultant at BIMC Hospitals, both in Kuta and Nusa Dua, Bali.

We value your inquiry and interest towards our services in BIMC Hospital, therefore please complete this following form and we will respond to you within maximum 48 hours of receiving your request.