Is a Cure for HIV and AIDS Around the Corner? 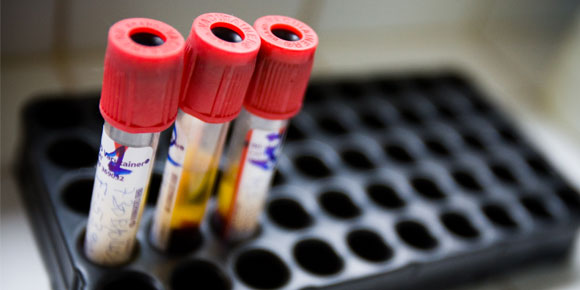 World AIDS Day falls on December 1 and with numerous reports of advances towards a cure surfacing in a variety of online media, Health-e sorts the fact from the hearsay…

Sub-Saharan Africa is considered the most affected region with 25.6 million people living with HIV in 2015 and accounts for two-thirds of the global total of new HIV infections.For these many millions of people there is no cure for HIV infection however, effective antiretroviral (ARV) drugs can control the virus and help prevent transmission so that people with HIV, and those at substantial risk, can enjoy healthy and productive lives.

Further hopeful news: between 2000 and 2015, new HIV infections fell by 35% and AIDS-related deaths have fallen by 28% with some 7.8 million lives saved as a result of international efforts that led the global achievement of the HIV targets of the Millennium Development Goals.

Expanding antiretroviral therapy (ART) to all people living with HIV and using all the prevention choices available can help avert 21 million AIDS-related deaths and 28 million new infections by 2030.

Sifting through the media reports

Medical research and the media often make for an uncomfortable mix. Research on one hand can be slow going with a vagary of reports popping up along the way while media is fast paced and hungry for positive sound bites and certainty that a cure is around the corner.

A recent article of the success in extracting the HIV gene from infected cells has had substantial media interest however some of the media coverage exaggerated the study. Other reports use of attention grabbing headlines with the word “breakthrough” and that the “cure is near” is irresponsible. Health communications experts say the true breakthrough to look for will be reported in respected medical journals and not sub-standard online media outlets.

The report looks at how medical researchers are learning to spur the human body to produce HIV-blocking antibodies, which has been successful in mice mimicking the human immune system, according to five studies published in the research journals Cell, Immunity and Science.

“It’s early work, but we’re trying to rewrite some rules of vaccine development to overcome the extraordinary challenges of HIV,” says William Schief, TSRI Professor and Director of Vaccine Design for IAVI’s Neutralizing Antibody Center (NAC) at TSRI. “In a collaborative effort we have reached critical milestones, including the first proof ever that immunization with designer proteins can produce broadly neutralizing antibodies against HIV. The new results strongly support further developing these approaches toward testing in clinical studies.”