Brown Rice versus White Rice: It All Started in Java 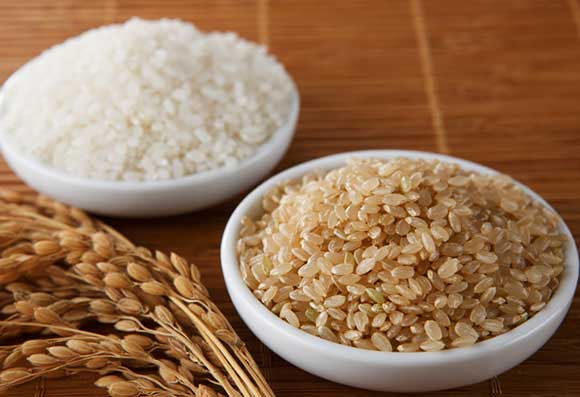 Bali’s neighboring island of Java is curiously where the benefits of brown rice over white rice were discovered in the 1890s by Dutch military physician Christian Eijkman who was assigned to try to grow the microbe responsible for beriberi,a disease that causes inflammation of the nerves and heart failure due to deficiency of vitamin B1.

Eijkmansaw that harvested rice that was de-husked before being cooked caused chickens to become ill and he was able to show that adding the outer layer of the husked rice back to the diet of sick chickens restored their health.

It was later discovered by Eijkman’s colleague that prisoners in the numerous small prisons scattered across Java did not have a beriberi issue, in fact 1 in 10,000 had shown beriberi while those using mainly white rice were 1 in 39.The breakthrough was significant as vitamin B1 is water-soluble and must be eaten daily from sources like chickpeas, beans, lentils, brown rice, lean pork and peas etc.Still, white rice is considered safe in moderation although milled and with the bran removed, as Eijkman discovered over 100 years ago,nutrients are lost.

If no milling is carried out the rice is referred to as “brown rice” but, if the grains are further “polished” so that the branny skin is rubbed off, it becomes “white rice” and has a longer shelf life. Although generations later there is a flipside to the argument: A few years ago, research warned against rice consumption as it could contain high levels of arsenic.What’s more, arsenic levels are found to be much higher in brown rice than white rice.

Chris Kresser,a recognized global leader in the fields of ancestral health, Paleo nutrition, and functional and integrative medicine says: “Brown rice has significantly more arsenic than white rice and should be avoided or consumed rarely.” Author of the book, Your Personal Paleo Code, Kresser points out the worst for arsenic issues are found in processed rice products like brown rice syrup, brown rice pasta, rice cakes and brown rice crisps.The lowest levels of arsenic Kresser maintains were found in the white Indian rice (jasmine or basmati).

And arsenic is not the only concern with this ubiquitous staple: A new study from the Harvard School of Public Health shows people who eat large amounts of white rice may significantly raise their risk of developing type 2 diabetes.Harvard researchers analyzed four earlier studies on white rice consumption that involved more than 352,000 people from China, Japan, U.S. and Australia, who did not have diabetes. The researchers found after follow-up periods that ranged from four to 22 years, almost 13,400 people had type 2 diabetes. People who ate the most rice were more than 1.5 times likely to have diabetes than people who ate the least amount of rice and for every 155 gram daily serving of white rice the risk rose by 10 percent.