Dying for a Drink 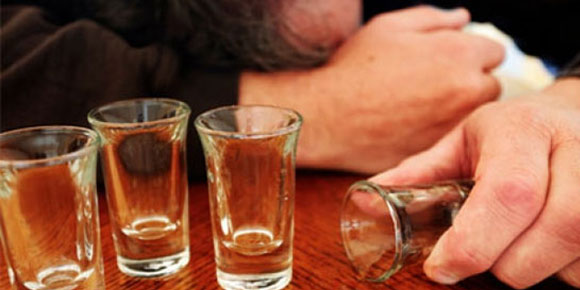 But it’s the young travelers to holiday islands in countries like Greece and Indonesia who make news as victims of methanol poisoning. On New Year’s Eve, 2012 on the languid island of Gili Trawangan located a three-hour fast boat journey from Bali, 19-year-old Perth native, Liam Davies, strolled into a beachfront bar with his mates and did the right thing, he asked the bar staff if the alcohol they served was genuine imported spirits, which the staff assured him it was. Three days later after being medevaced to a Perth hospital Liam laid comatose and brain dead requiring his family to make the horrific decision to cease his life support.

Some four years later in August 2016, 20-year-old Middlesbrough resident, Hannah Powell, vacationing on the Greek holiday island of Zakynthos, luckily enough did not suffer a similar fate to Liam Davis. The vibrant blond skirted death however she would end up with kidney failure and blind from methanol poisoning after an innocent night out with her friends.

And while Gili Trawangan and Zakynthos are over 10,000 kilometers apart they share the same alluring elements: a tropical milieu that attracts young vacationers for its sultry fun and stretches of simple guesthouses and bars that go largely unsupervised by health authorities. Davies and Powell are only a few cases of this avoidable peril that seems to only be getting worse.

Methanol is the simplest form of alcohol. It is closely related to ethanol, the type of alcohol normally found in beer, wine and spirits — but much more toxic. Commercially made spirits are very safe because manufacturers use technologies specifically designed to ensure methanol is separated from the ethanol. But nefarious, back-of-the house systems are typically crude and basic.

The rollout of pernicious medical complications begins after 12 to 24 hours of drinking methanol, most often irreparable damage that starts with kidney failure followed by heart and liver damage and visual disturbances like blurred and tunnel vision, changes in color perception, and temporary or permanent blindness and brain damage.

How is methanol poisoning treated? The first piece of advice from all the experts is to quickly seek medical help if you fear you may have been poisoned with methanol. Doctors treat methanol poisoning by administering ethanol, which prevents the toxicity by stopping the production of formic acid. Another antidote is a drug called fomepizole. Like ethanol, this drug inhibits the conversion of methanol into toxic compounds in the body. Hospitals may also use hemodialysis to clear the methanol from the blood.