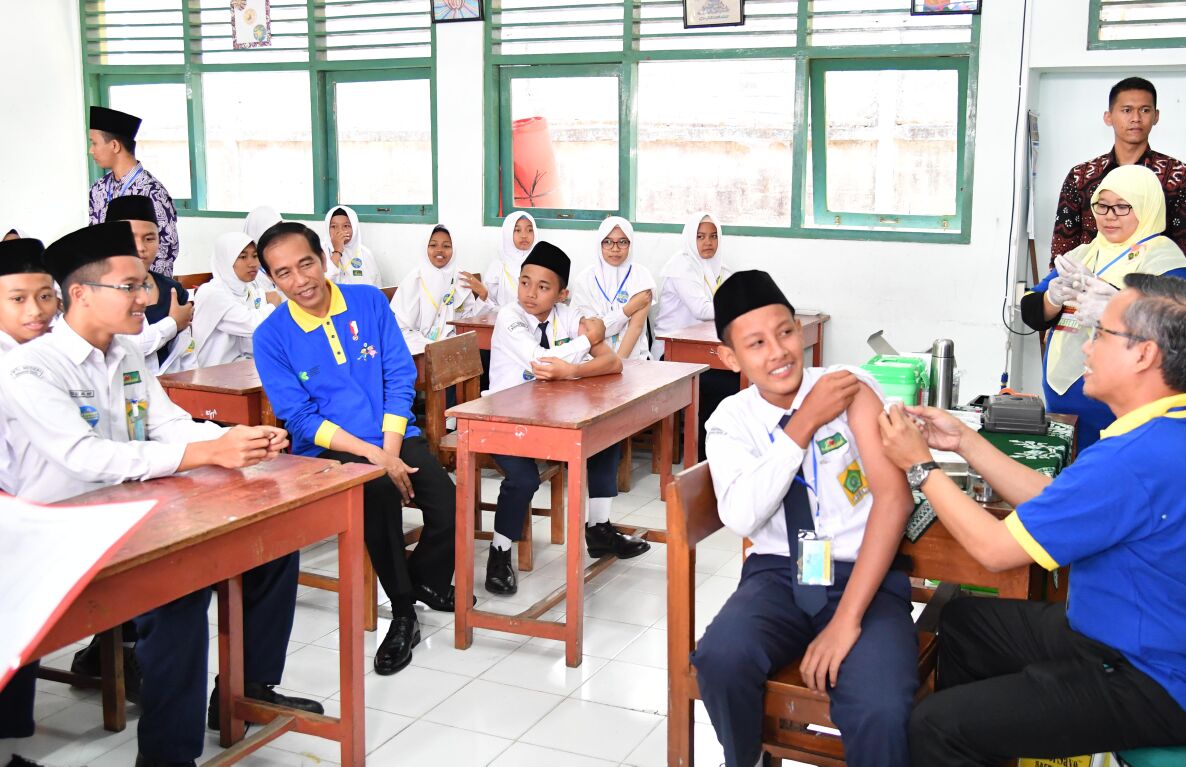 The World Health Organization (WHO) recently announced Bhutan and the Maldives as measles free, having eliminated the infectious viral disease becoming the first countries in their region to stop the highly contagious child killer.

WHO said the Maldives has not reported any case of indigenous measles since 2009, and Bhutan since 2012. Bhutan and the Maldives launched immunization programs around 40 years ago with a strategy of mass vaccination campaigns in high-risk populations. WHO has set a deadline of 2020 for the elimination of measles in 11 countries in Asia.

Measles, an airborne disease spread through coughing and sneezing, can lead to pneumonia, brain inflammation, hospitalization or death, mainly among children. According to the Center for Disease Control and Prevention (CDC), measles infects about 90 percent of people who come into contact with it. The virus can survive on surfaces or even in the air for up to two hours. That means that if an unvaccinated person happens to pass through a room where someone with measles was a few hours before, he or she has a very high chance of contracting the disease.

Some people who get measles become seriously ill. Before the advent of the measles, mumps, and rubella (MMR) vaccine, between three and four million people contracted measles each year in the United States. Of those, 48,000 were hospitalized, 4,000 developed the life-threatening brain condition encephalitis, and 400 to 500 died.

Almost everyone needs to be vaccinated for measles in order to protect the most vulnerable people. The epidemiological concept of “herd immunity” means that enough people in a given community or country are immunized so that people who can’t get vaccinated — infants that are too young to receive vaccines, people who can’t get vaccinated because their immune systems are not strong enough, and the small number of people for whom the vaccine doesn’t work — are protected.

Bhutan and the Maldives are exceptions for the region. Health officials in Australia, Canada and Taiwan have recently reported several cases of measles in travelers returning from Indonesia. In March, Australians heading overseas were warned to make sure they have been vaccinated against measles, following a further case contracted in Bali. WA Health medical epidemiologist Gary Dowse said there had been more than 20 separate importations of measles from Bali to WA since 2013, including seven already in 2017, which is more than any other overseas travel destination.

“Unfortunately, it is not unusual for Australians to be infected with measles overseas,” said Dr. Dowse. “With high vaccination coverage, naturally occurring measles has been eliminated from WA for around 20 years but occasional cases and small outbreaks still occur — associated with tourists or WA residents who are infected overseas.”

He said every imported measles case was treated as a public health emergency because of the risk of local spread, including to those most vulnerable to infection such as infants too young to be vaccinated, pregnant women and those with compromised immune systems.

Travelling to Bali? Get measles vaccine or make sure you have already been vaccinated. Wash your hands often and avoid touching your mouth, nose, and eyes. Carry hand disinfectant wipes or gel.