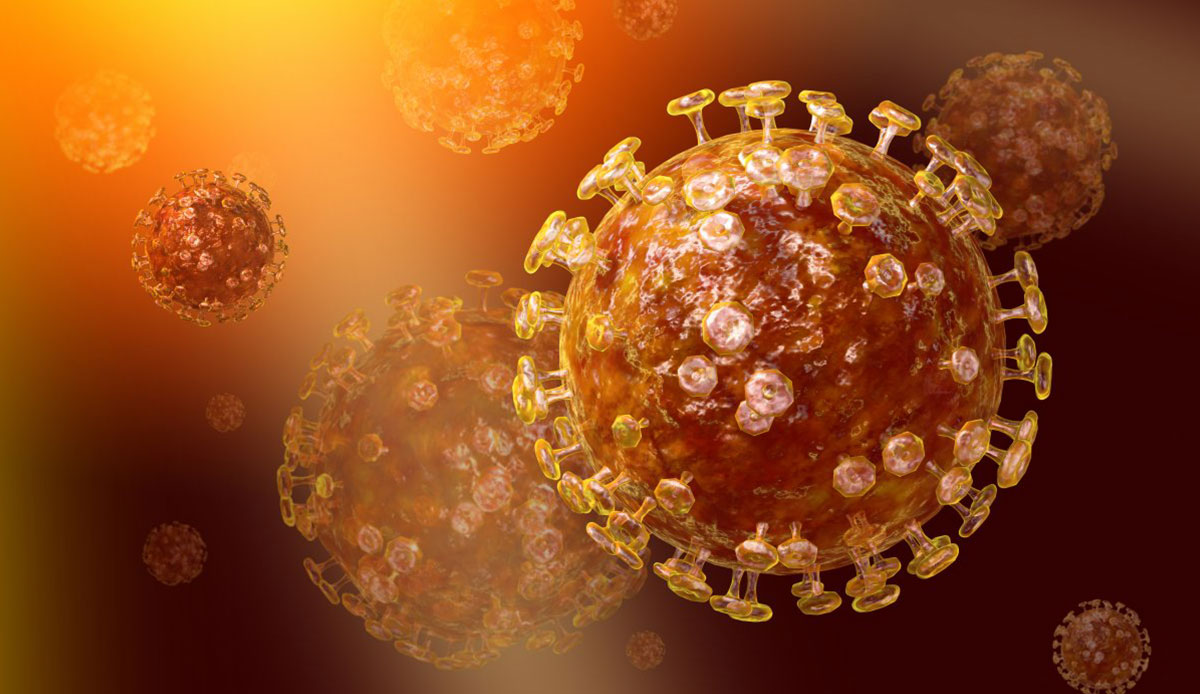 The South Korean Health Ministry reported four new cases of Middle East Respiratory Syndrome (MERS) June 25 and said the outbreak was at a crossroads, backing off from its earlier view that the spread of the often-deadly virus had leveled off. The more guarded assessment came as the government extended the partial shutdown of Samsung Medical Center in Seoul. About half the 179 infections (from June 25) in the country have been traced to the prestigious hospital, including some of June’s new cases.  A total of 67 people who had tested positive for the MERS virus have recovered and been discharged from hospital since the outbreak started in May, while 27 patients have died.

Middle East respiratory syndrome (MERS) is a viral respiratory disease caused by a coronavirus (MERS‐CoV) that was first identified in Saudi Arabia in 2012. Coronaviruses are a large family of viruses that can cause diseases ranging from the common cold to Severe Acute Respiratory Syndrome (SARS).

Where is MERS occurring?

Fortunately Indonesia is not amongst the 25 countries with reported cases of MERS: Iran, Jordan, Kuwait, Lebanon, Oman, Qatar, Saudi Arabia, the United Arab Emirates, and Yemen (Middle East); Austria, France, Germany, Greece, Italy, Netherlands, Turkey, and the United Kingdom (UK) (Europe); Algeria, Tunisia and Egypt (Africa); China, Malaysia, Republic of Korea and the Philippines (Asia); and the United States of America (Americas). The vast majority of these cases have so far occurred in the Kingdom of Saudi Arabia.

What are the symptoms of MERS? How severe is the syndrome?

A typical case of MERS includes of fever, cough, and/or shortness of breath. Pneumonia is a common finding on examination. Gastrointestinal symptoms, including diarrhea, have also been reported. Severe illness can cause respiratory failure that requires mechanical ventilation and support in an intensive‐care unit. Some patients have had organ failure, especially of the kidneys, or septic shock. The virus appears to cause more severe disease in people with weakened immune systems, older people, and those with such chronic diseases as diabetes, cancer and chronic lung disease.

Can a person be infected with the MERS virus and not be ill?

Yes. Infected persons with no symptoms have been found because they were tested for MERS‐CoV during follow‐up studies of contacts of people with MERS infection. It is not always possible to identify patients with MERS-CoV early because the early symptoms are non-specific. For this reason, all health care facilities should have standard infection prevention and control practices in place for infectious diseases.

How do people get MERS-CoV?

• Transmission from animals to humans

It is not yet fully understood how people become infected with MERS‐CoV, which is a zoonotic virus. It is believed that humans can be infected through direct or indirect contact with infected dromedary camels in the Middle East. Strains of MERS-CoV have been identified in camels in several countries, including Egypt, Oman, Qatar and Saudi Arabia.

• Transmission from humans to humans

The virus does not appear to pass easily from person to person unless there is close contact such as providing clinical care to an infected patient while not applying strict hygiene measures. This has been seen among family members, patients, and health‐care workers. The majority of cases have resulted from human-to-human transmission in health care settings.

Yes, but apparently only to a limited extent. The virus does not seem to pass easily from person to person unless there is close contact, such as occurs when providing unprotected care to a patient. There have been clusters of cases in health‐care facilities, where human‐to‐human transmission appears to be more efficient, especially when infection prevention and control practices are inadequate. Thus far, no sustained human-to-human transmission has been documented.

What is the source of the MERS virus—bats, camels, and domestic animals?

The source of the MERS-CoV is not yet fully clear. A coronavirus very similar to the one found in humans has been isolated from camels in Egypt, Oman, Qatar, and Saudi Arabia. . It is possible that other reservoirs exist. However, other animals, including goats, cows, sheep, water buffalo, swine, and wild birds, have been tested for MERS‐CoV, but so far none have been found in these animals. These studies combined support the premise that dromedary camels are a likely source of infection in humans.

Should people avoid contact with camels or camel products? Is it safe to visit farms, markets, or camel fairs?

In countries in the Middle East affected by MERS-CoV, as a general precaution, anyone visiting farms, markets, barns, or other places where animals are present should practice general hygiene measures, including regular hand washing before and after touching animals, and avoid contact with sick animals.

The consumption of raw or undercooked animal products, including milk and meat, carries a high risk of infection from a variety of organisms that might cause disease in humans. Animal products processed appropriately through cooking or pasteurization are safe for consumption, but should also be handled with care to avoid cross‐contamination with uncooked foods. Camel meat and camel milk are nutritious products that can continue to be consumed after pasteurization, cooking, or other heat treatments.

Until more is understood about MERS, people with diabetes, renal failure, chronic lung disease, and immunocompromised persons are considered to be at high risk of severe disease from MERS‐CoV infection. Especially in the Middle East people should avoid contact with camels, consuming raw camel milk or camel urine, as well as eating meat that has not been properly cooked.

Is there a vaccine against MERS‐CoV? What is the treatment?

No vaccine or specific treatment is currently available. Treatment is supportive and based on the patient’s clinical condition.

Yes. Transmission of MERS-CoV has occurred in health‐care facilities in several countries, including from patients to health‐care providers. It is not always possible to identify patients with MERS‐CoV early or without testing because symptoms and other clinical features may be non‐specific.

For this reason, it is important that health‐care workers apply standard precautions consistently with all patients.

Are any travel or trade restrictions related to this new virus?

The World Health Organization (WHO) does not recommend the application of any travel or trade restrictions at this point. Based on countries’ risk assessment, precautions aimed at raising awareness of MERS-CoV and its symptoms among travellers to and from affected areas, can be taken.

How is WHO responding to the MERS-CoV outbreak?

WHO is working with clinicians and scientists to gather and share scientific evidence to better understand the virus and the disease it causes, and to determine outbreak response priorities, treatment strategies, and clinical management approaches. WHO is working with affected countries and international technical partners and networks to coordinate the global health response, including providing updated information on the situation, conducting risk assessments and joint investigations with national authorities, convening scientific meetings, and developing guidance and training for health authorities and technical health agencies on interim surveillance recommendations, laboratory testing of cases, infection prevention and control, and clinical management.

The Director‐General has convened an Emergency Committee under the International Health Regulations (2005) to advise her as to whether this event constitutes a Public Health Emergency of International Concern (PHEIC) and on public health measures that should be taken. Up-to-date information on the deliberations of the Committee can be found here:

What is WHO recommending?

WHO encourages all Member States to enhance their surveillance for severe acute respiratory infections (SARI) and to carefully review any unusual patterns of SARI or cases of pneumonia. Cases should be isolated as soon as possible, and close contacts should be identified and monitored.

– WHO urges Member States to notify or verify to WHO any probable or confirmed case of infection with MERS‐CoV.

– WHO also urges Member States to stay abreast of the evolution of the disease and modify their interventions according to current risk.

Health‐care workers should be educated, trained, and refreshed with skills on infection prevention and control.

The following advice is given to reduce the risk of MERS‐CoV infection among travellers and those associated with their travel, including transport operators and ground staff, and to increase self-reporting of illness by travellers:

Given the current pattern of transmission of the disease WHO does not recommend travel or trade restrictions with regard to this event. However, based on countries’ risk assessment, precautions aimed at raising awareness of MERS-CoV and its symptoms among travellers to and from affected areas, can be taken.

As required by the International Health Regulations (IHR 2005), countries should ensure that routine measures are in place for assessing ill travellers detected on board means of transport (such as planes and ships) and at points of entry, as well as measures for safe transportation of symptomatic travellers to hospitals or designated facilities for clinical assessment and treatment. If a sick traveller is on board a plane, a passenger locator form can be used. This form is useful for collecting contact information for passengers, which can be used for follow-up if necessary.

• Travel to the Middle East

Recommended actions include: advise travellers to the Middle East that pre‐existing major medical conditions (e.g. chronic diseases such as diabetes, chronic lung disease, immunodeficiency) can increase the likelihood of illness, including MERS‐CoV infection, during travel; make information known to departing travellers and travel organizations on general travel health precautions, which will lower the risk of infection in general, including illnesses such as influenza and traveller’s diarrhea. Specific emphasis should be placed on: washing hands often with soap and water (when hands are not visibly dirty, a hand rub can be used); adhering to good food‐safety practices, such as avoiding undercooked meat or food prepared under unsanitary conditions, and properly washing fruits and vegetables before eating them; and maintaining good personal hygiene; make health advisories available to all departing travellers to the Middle East by working with the travel and tourism sectors and placing such materials at strategic locations (e.g. travel agencies or points of departure in airports). Different kinds of communication, such as health alerts on board planes and ships, and banners, pamphlets, and radio announcements at international points of entry, can also be used to reach travellers.

Travel advisories should include current information on MERS‐CoV and guidance on how to avoid illness while travelling.

• Advise travellers who develop a significant acute respiratory illness with fever and cough (severe enough to interfere with usual daily activities) to: minimize their contact with others to keep from infecting them; cover their mouth and nose with a tissue when coughing or sneezing, then discard the tissue in the trash after use and wash hands afterwards, or, if this is not possible, to cough or sneeze into the upper sleeves of their clothing, but not into their hands; and report to medical staff as soon as possible.

• Advise returning travellers from the Middle East that if they develop a significant acute respiratory illness with fever and cough (severe enough to interfere with usual daily activities) during the two weeks after their return, they should seek medical attention and immediately notify their local health authority.

• Advise persons who have had close contact with a traveller with a significant acute respiratory illness with fever and cough (severe enough to interfere with usual daily activities) and who themselves develop such an illness to report to local health authorities to be monitored for MERS‐CoV;

• Alert practitioners and facilities to the possibility of MERS‐CoV infection in returning travellers from the Middle East with acute respiratory illness, especially those with fever and cough and pulmonary parenchymal disease (e.g. pneumonia or the acute respiratory distress syndrome). If clinical presentation suggests the diagnosis of MERS‐CoV, laboratory testing in accordance with WHO’s case definition should be done and infection prevention and control measures implemented. Clinicians should also be alerted to the possibility of atypical presentations in patients who are immunocompromised.