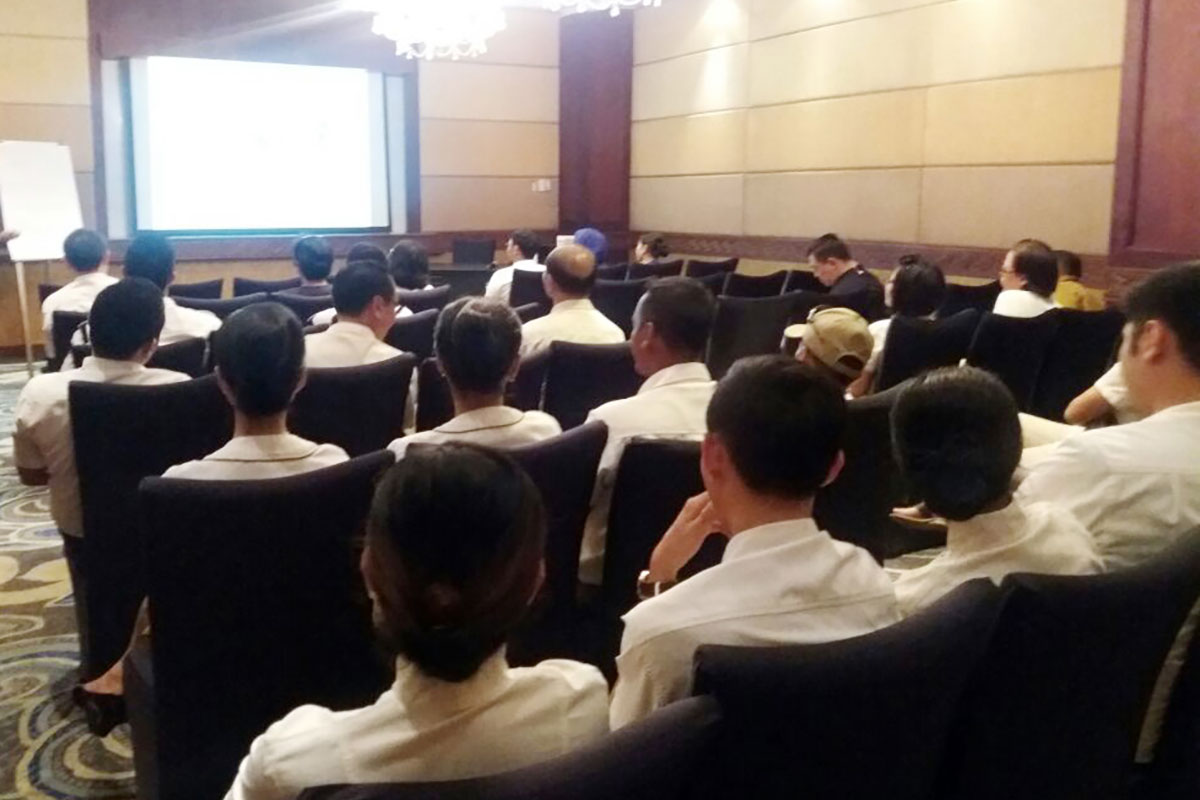 Pain Syndrome Health Talk for Hotel Group — Complex Regional Pain Syndrome (CRPS) is a chronic pain condition, which often affects one limb (arm, leg, hand, or foot) usually after an injury and lasting greater than six months. It is more common in women and can occur in anyone at any age, with a peak at age 40. In more than 90 per cent of cases, the condition is triggered by a clear history of trauma or injury.

The most common triggers are fractures, sprains/strains, soft tissue injury (such as burns, cuts, or bruises), limb immobilization (such as being in a cast), surgery, or even minor medical procedures such as needle stick.

CRPS represents an abnormal response that magnifies the effects of the injury. Some people respond excessively to a trigger that causes no problem although for others, such as what is observed in people who have food allergies, it can be an issue.

The topic of CRPS was presented by Dr. Cindy Henrietea, Sp March 13 to more than 30 employees of Lifestyle Retreat Group.