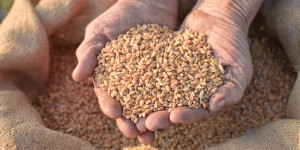 “Gluten-free” has been the buzzword for the past decade, going from something once considered important for a subset of people with food intolerances to a worldwide market for gluten-free products with a projected worth of 24 billion US dollars by 2020, according to statista.com. But where did this phenomeoeon come from and how much of the buzz is real?

The amount of people said to be suffering from gluten intolerance seems to increase by the day, with no substantial scientific support to its claims, though new studies are raising doubt about the hype of food intolerance. A study published in the Annals of Internal Medicine titled Nonceliac Gluten Sensitivity: Sense or Sensibility indicates there are over 4500 Google citations of non-celiac gluten sensitivity for every science journal article about the condition.

And the non-coeliac gluten intolerance debate is considerable with numerous forums from patients and patient groups, manufacturers, and physicians backing a gluten-free diet.

Researchers acknowledge that the latest studies support the existence of a new condition, “non-celiac gluten sensitivity,” but say gluten may not be the problem in a lot of the sensitivity that patients feel. Gluten is evidently in practically everything we eat which involves a process.

Researchers have noted that other ingredients in wheat flour or wheat-based products may actually be the cause of the symptoms that are similar to gluten sensitivity.

One needs to get tested to learn whether gluten or, “fructans,” another component in wheat, is the issue. In fact gluten is not bad for you if you don’t have a gluten issue per say.

But in a number of studies some suggest gluten is indeed “toxic” and that gluten-related health problems are on the rise. Grains that contain gluten were introduced some 10,000 years ago though researchers say the issue is the gluten content of wheat has risen to make it more palatable.

The takeaway of this is that the foods with gluten tend to be more harmful. And therein lies the debate. Specialists in the field of nutrition say our gastrointestinal and immunological responses have not adapted leaving us vulnerable to the toxic effects of the protein. Therefore all people, from those with a low risk to more severe cases, are susceptible to gluten reaction.

But, because it is only in the last decade that coeliac disease and gluten sensitivities have become a topic of interest, research is still in its early days making the distinction between how much is fact or fad.

So, how to summarize? Intolerances have accumulated over generations from our grandparents eating processed, high-wheat and gluten diets to a generation of fast and convenient food where the bigger muffin and the fluffiest croissant wins.

Are you gluten intolerant and live in Bali? For gluten free products go to Bali Buda, Sri’s LovinOven and Dijon.