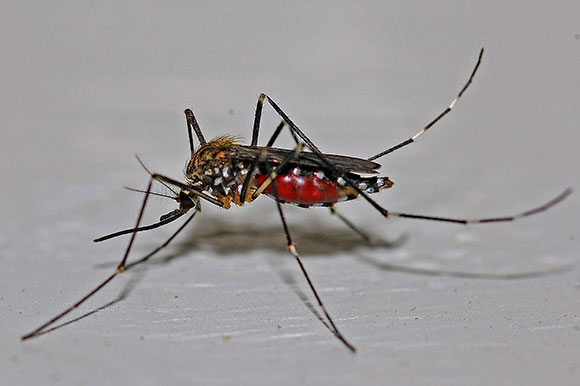 Urging its citizens to protect themselves from mosquito bites and other dangers while traveling in Indonesia,the Australian Dept. of Health website listed the country with “sporadic and limited” Zika virus cases amongst 49 countries with varying degrees of transmission. Sporadic transmission means from time-to-time there is a case yet Indonesia has only two confirmed cases since the global concern surfaced in Brazil this past year.

According to the Center of Disease Control (CDC), Indonesia is considered “endemic” for Zika in Asia that includes: Bangladesh, Cambodia, India, Malaysia, Maldives, Pakistan, Philippines, Thailand and Vietnam. So, with a mere two cases reported, how did Indonesia unfortunately find itself on the list?

Travel Doctors’ Medical Director for Perth and Canberra, Dr. Jennifer Sisson, said the risk of transmission in Indonesia was relatively low, but by no means non-existent.
“There might be an odd case here or there but Indonesia is not having an actual outbreak.”

Still, err on the side of caution is the message from a spokesperson at Australia’s Department of Foreign Affairs and Trade: “Given the possibility that Zika virus can cause severe malformations in unborn babies, and taking a very cautious approach, pregnant women should discuss any travel plans with their travel doctor and consider postponing travel to Indonesia.”

The Indonesia Health Ministry has denied the information about the spread of Zika virus in Bali and the rest of the country. Dr. Oscar Primadi, head of communications for the Health Ministry said Indonesia is not truly endemic as the CDC considers it to be, however the two cases reported is apparently sufficient to be given such status. One case is a resident from Blitar, East Java, diagnosed with Zika virus upon arrival to Taiwan to work on June 1. Dr. Primadi says the case is still being looked into as the results of research done on the Indonesian side are negative.

In 2015, Jakarta’s Eijkman Institute for Molecular Biology said a 27-year-old man living in Jambi, Sumatra, who had never traveled overseas,was confirmed infected by Zika. Researchers at the institute stumbled on the case while studying a dengue outbreak in the province. The institute’s director, Professor Amin Subandri, said the Zika infection in Jambi was the only known case in Indonesia.

The study over 2014-15 was conducted during a dengue fever outbreak in the province and had taken more than 100 blood samples from patients admitted to Siloam Hospital in Jambi municipality during the period. “The case in Jambi is a bit strange because if the man who was infected claimed he never left his home town, that means he got it from his area. If that is the case he should not have been the only one infected,” said Professor Subandrio.

“I can appreciate why Australia wishes to protect its citizens however I think the travel advisory is a bit exaggerated because everyone knows there has been some cases in many places without a travel warning. As of April and June respectively, Vietnam has reported two cases and Thailand soared to a total of 97 cases across the country yet the Australian government health department does not include Thailand on its list.”