Is Zika Really the Cause of Microcephaly? 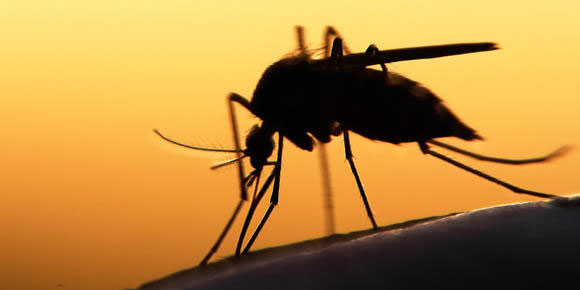 An insecticide was recently rumored to be the real cause of increased cases of microcephaly in Brazil, unrelated to the Zika virus according to a group of scientists who claim their studies show the crop protecting spray,pyriproxyfen, is the real culprit.

Many take for granted that the Zika virus is the reason for the spate of microcephaly in Brazil, especially since in April the Center for Disease Control (CDC) confirmed a causal relationship between the Zika virus and microcephaly, a congenital condition associated with incomplete brain development.

A group of Argentine doctors went on to suggest the pesticide pyriproxyfen might have actually caused the microcephaly epidemic and while it has not been linked decisively to microcephaly there may be reason for further research.

In Brazil, there are over 1,500 confirmed cases of microcephaly potentially related to the Zika virus. Researchers eagerly awaited data from Colombia, where Zika virus infections have been better reported than in Brazil, according to NESCI. The CDC and Instituto Nacionalde Salud in Colombia supported the study based on the data presented.

Microcephaly they concluded can be caused by other elements and the CDC is investigating other factors such as another infection occurring at the same time as Zika virus infection, nutrition, or the presence of symptoms that might affect the risk for birth defects.

Other known causes of microcephaly can include rubella, cytomegalovirus, or toxoplasmosis infections during pregnancy; severe malnutrition; interruption of blood supply to the developing brain or exposure to harmful substances such as alcohol and certain drugs and toxic chemicals.

What is microcephaly?
Microcephaly is a condition where a baby’s head is much smaller than expected. During pregnancy, a baby’s head grows because the baby’s brain grows. Microcephaly can occur because a baby’s brain has not developed properly during pregnancy or has stopped growing after birth, which results in a smaller head size. Microcephaly can be an isolated condition, meaning that it can occur with no other major birth defects, or it can occur in combination with other major birth defects.

Treatments
Microcephaly is a lifelong condition. There is no known cure or standard treatment. Because microcephaly can range from mild to severe, treatment options can range as well. Babies with mild microcephaly often don’t experience any other problems besides small head size. These babies will need routine check-ups to monitor their growth and development.

For more severe microcephaly, babies will need care and treatment focused on managing their other health problems. Developmental services early in life will often help babies with microcephaly to improve and maximize their physical and intellectual abilities. These services, known as early intervention, can include speech, occupational, and physical therapies. Sometimes medications also are needed to treat seizures or other symptoms.