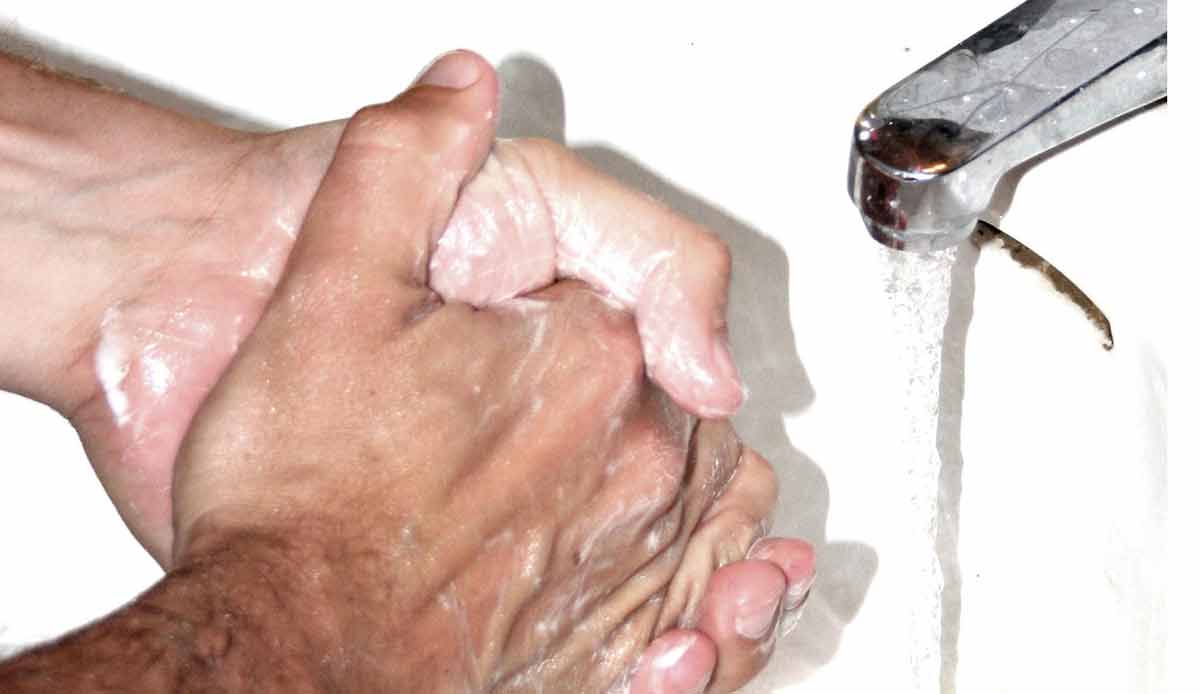 To some, the idea of having an annual Global Handwashing Day (October 15) may cause a smile, but in terms of what it means, it never is something to laugh about. Simply put, hand hygiene is the single most effective way to prevent the spread of infections, including the common cold and influenza.

You can spread certain “germs” (a general term for microbes such as viruses and bacteria) casually by touching another person. You can also catch germs when you touch contaminated objects or surfaces and then you touch your face (mouth, eyes, and nose). Travelers to parts of the world where hygiene is not what it is back home should especially take note.

Such warnings have been made before by many of the literary greats, their words used in a hand hygiene campaign in the USA a couple of years ago. For example, from The Adventures of Tom Sawyer, Mark Twain said Tom “was suffering from stomach cramps and running a fever. What Tom failed to realize was that the reason for his illness was in good part attributable to his bosom buddy Sid. Earlier on, Sid hadn’t washed his hands after using the outhouse. When they later shared the sugar they’d stolen from Aunt Polly, Sid passed to Tom a bacterial infection.”

When should I wash ?

o   Before, during and after preparing food

o   Before and after caring for someone who is sick

o   Before and after treating a cut or wound

o   After using the toilet

o   After blowing your nose, coughing, or sneezing

o   After touching an animal, animal feed, or animal waste

How should I wash?

o   Wet your hands with clean, running water (warm or cold), turn off the tap, and apply soap

o   Lather your hands by rubbing them together, being sure to cover the backs of your hands, between your fingers and under your nails

o   Scrub your hands for at least 20 seconds; to be sure, hum the “Happy Birthday” song twice

o   Dry hands using a clean towel or air-dry them

On the other hand…

Often while moving around during work or play, especially when where there is no access to clean, running water, all those “Happy Birthdays” are impossible. There is an acceptable alternative.

The United Nations’ World Health Organization (WHO) and the U.S. Centers for Disease Control and Prevention, along with many other international health organizations, suggest cleaning your hands by rubbing them with an alcohol-based lotion, so long as they are not visibly dirty.

Commercially produced sanitizers come in liquid, foam and gel formulations, and smaller bottles can be carried in a purse or backpack, kept in the car, while larger quantities should be convenient at home or in the office for everyone entering. The level of alcohol varies up to 85%. Medical authorities and hospitals like BIMC use hand sanitizers with a level of at least 60% for full effectiveness.