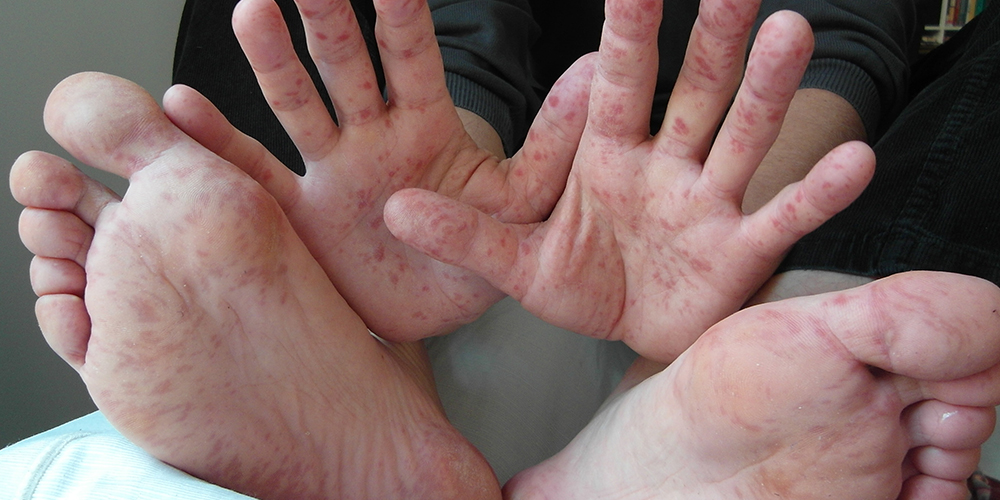 In March a medical research team in Shanghai were reported to have developed an effective antibody that could dramatically curb the spread of hand, foot and mouth disease (HFMD), which has been troubling children, mostly in Asia, for decades.

As recent as June HFMD reached outbreak proportions in Malaysia prompting its Health Ministry to put the country under heightened alert with nearly 10,000 cases nationwide including Kuala Lumpur.

The medical team led by Professor Cong Yao at the Institut Pasteur of Shanghai, say HFMD days could be numbered with an antibody for enterovirus 71, the most malicious viral strain that causes the infection, inching closer to human trials. They added that the vaccine will be ninety percent effective but unlike vaccines that protect for a lifetime, the HFMD antibody will protect children for up to 12 months at a time.

The Chinese have little time to sit idle as hundreds of thousands of mainland children contract HFMD each year between April and June. According to the Center of Disease Control (CDC), as of May 31 a total of 852,925 cases of HFMD were reported including 77 deaths. Even spotlessly clean Singapore has already reported 19,497 cases up to June this year.

HFMD starts with fever, painful sores in the mouth, and a rash of blisters on the hands, feet and buttocks, followed in some cases by more serious neurological, cardiovascular and breathing problems. HFMD usually affects children under five with most cases typically mild, and nearly all patients recover in 7 to 10 days without medical treatment.
Complications are uncommon although severe cases can lead to the development of viral meningitis (characterized by fever, headache, stiff neck, or back pain) and those infected may need to be hospitalized for a few days. Other even more rare complications can include polio-like paralysis, or encephalitis (brain inflammation), which can be fatal.

HFMD is spread from person to person through coughing and sneezing, or contact with blister fluid or feces (stool) of an infected person. Parents can lower a child’s risk of being infected by:

Numerous cases have recently been reported in Bali but there has been no confirmation of an outbreak from local authorities or media outlets. Nonetheless, local play schools and kindergartens are well prepared. The island’s Pelangi School has posted its own online fact sheet about the disease while most resorts with children’s play facilities remain vigilant about potential infections.

And finally, an interesting puzzler: The reason the virus causes disorders on hands, feet and mouth — and not elsewhere — remains a mystery to virologists and pediatricians. “I don’t think anybody knows for sure,” said Tom Solomon, Director Global Health Clinical Infection at the University of Liverpool in England. “It’s possible that lesions in the mouth and throat might enable the virus to spread more effectively through a cough,” Solomon says, “but hand and feet blisters are a quirk of the virus.”