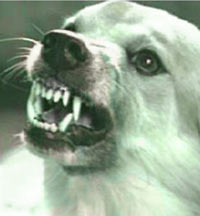 Since the emergence of rabies in Bali in late 2008, this viral disease has been problematic for the government.  One of the factors causing difficulties in the eradication of rabies on the island is the Balinese culture towards dogs.  The Balinese people have close companionships with dogs, even with the strays.  They tend to let dogs wander around and often feed them.  This has caused the dog population to rise in Bali to reach approximately 500,000.  Another obstacle faced by the government is the elimination of stray dogs, which has mostly been prevented by the local population. The other solution to stop of the transmission of rabies amongst dogs is by giving free vaccinations to all dogs on the island of Bali.  Still, this is not enough as only 200,000 dogs so far have been vaccinated, less than half the population.

With the high population of dogs and close companionship between human and dogs, rabies infection in humans becomes unpreventable.  Furthermore, the rabies vaccine has been scarce. In 2009, reports say 21,808 dog bite cases occurred, only 18,825 received vaccination and 28 people died.  Up until September 2010, 37,901 dog bite cases were reported, 34.485 received vaccination, while 59 people died.  In the general public hospital, Sanglah, there are 20-30 new cases of dog bites every day.  The increased number has become a great concern for many.

This situation so far has not had a dramatic impact on tourism, but travelers are concerned.   The uncontrolled conditions have raised lots of questions and concerns regarding the safety of travelers coming to Bali.  Although so far there are no official travel warnings or recommendation for rabies vaccination for travelers to Bali, we recommend travelers, especially those planning a prolonged stay, to get vaccinated against rabies.

The schedule for rabies vaccination is 3 x injections usually in the upper arm.  The complete schedule is given on day 0, day 7, and day 21 or 28.  When someone who is already vaccinated is bitten by a suspected rabid animal, they only need 2 x booster injections on day 0 and day 3.  A person without vaccine protection will need 4 x injections: 2 injections on day 0, then 1 injection on day 7 and day 21 plus an additional immunoglobulin injection within 7 days of the exposure.  The immunoglobulin is currently not available in Indonesia, therefore, some must travel outside Indonesia to get the medication.

The best prevention against rabies is to avoid dogs, especially stray dogs.  In addition to dogs carrying the rabies virus, although it has not been proven to be a source of rabies, monkeys are a potential threat to spread the virus too, so we also advise avoiding contact with monkeys.
Another important piece of information to know is whenever someone is bitten by any animal, the first thing to do is clean the wound with soap and plenty of clean water.  Soap is a very effective to make the rabies virus unstable and inactive.  After thoroughly cleaning the area that has been bitten, seek medical attention and discuss with your doctor whether you need the rabies prophylaxis.