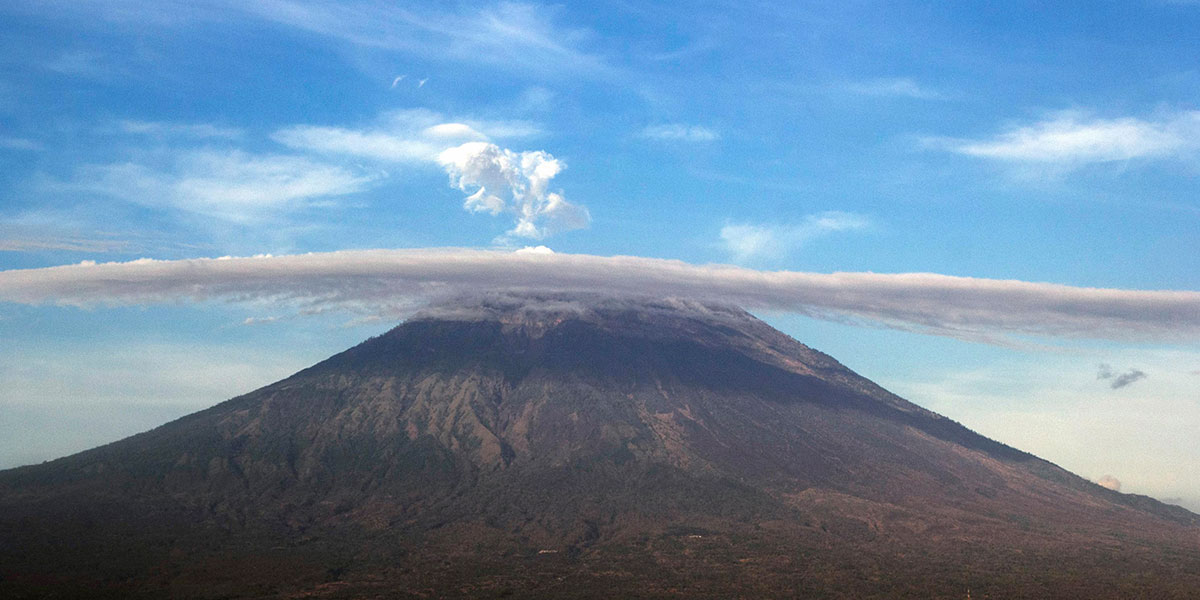 Tens of thousands of villagers were relocated from the 12k radius surrounding Mt. Agung this past September with the main safety concern being a potential eruption of extreme heat and toxic gas from possible pyroclastic flows.

To date no eruption has occurred and outside the danger zone the only health issue from Mt. Agung would be ash clouds, which are however relatively cool especially from a safe distance. “Volcanic ash is not all that harmful,” said Ken Donaldson, a professor of respiratory toxicology at the University of Edinburgh in the UK, “once the volcanic particles are in the stratosphere, they’re getting massively diluted because there’s a lot of air and other particles blowing around.”

Not all volcanoes produce large amounts of ash. Volcanoes like Kilauea in Hawaii produce slow moving lava, which is not explosive and does not result in ash clouds. It is the extremely explosive eruptions such as Mt. Pinatubo in the Philippines and Mt. Saint Helens in Washington State that produce large ash clouds when gases explode upwards.

Breathing volcanic ash on the other hand, may have no immediate effects. However, in the long term there may be health risks from breathing this material. At this point, there are no known significant health threats from short-term exposure to volcanic dust except sore eyes, sneezing and other respiratory symptoms.

For healthy people this is not a problem, but for people who already suffer from bronchitis, emphysema or asthma, it could be. Skin irritations have also been reported after exposure to ash but these do not last after the ash is gone.

Obviously this is a case of being safe rather than sorry. If you are exposed to ash in the atmosphere, wear a mask or stay indoors as much as possible. The known dangers are at this point rather small, but the long-term effects are still unknown. Should you wear a facemask when traveling to Bali? For now, the short answer is “no” but depends if the situation changes.

Macquarie University’s Dr. Heather Handley said there was no way of knowing where an ash cloud would spread, if there even was one. “It depends on the wind direction at the time of the eruption and how big the volcanic plume goes. It depends on what the eruption is, basically it might be that only lava comes out for a while, or a big eruption with a big ash cloud that might go at least ten kilometers high,” she said.

At the time of this Health-e report, no ash has fallen from the air due to an eruption cloud and as long as you can go without that long-awaited 3,000 meter hike to the summit of Mt. Agung, as many love to do under normal conditions, travel to the island is considered safe.