Can Red Meat Cause Cancer? 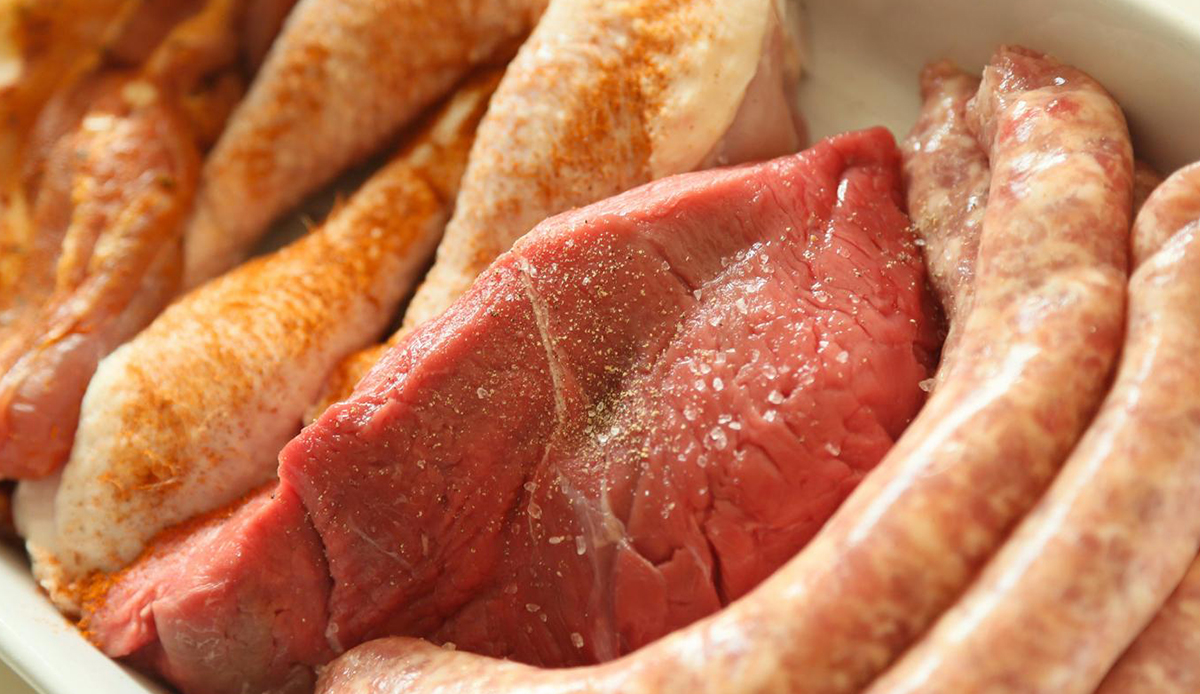 The UN’s World Health Organization now says red meat can increase the risk of cancer, and so, too, hot dogs, bacon and processed meat. As is often true with such warnings, it is followed by the word “but.” Read on.

What did the UN say?

In October, the International Agency for Research for Cancer, an international panel of public health, cancer and other experts from 10 countries, advised the UN that red meat—muscle meat such as beef, pork, veal, lamb and mutton—was “probably” carcinogenic based on “limited evidence.” Specifically, it was linked to colorectal (bowel) cancer, as well as to pancreatic and prostate cancer for those whose diets are high in red meat.

The connection to processed meats—including bacon, sausages, hot dogs, salami, corned beef, beef jerky and ham—was clearer. Here, the advisory group warned that the consumption of 50 grams a day—as little as two small sausages—increased the risk of colorectal cancer by 18%. What that means is that if you already have a 10% risk—not always an easy figure to calculate—your risk would go up 1.8% to 11.8%.

WHO also estimated that 100 grams daily of red meat might increase the risk by 17%, but at the same time acknowledged that the connection between red meat and cancer is, indeed, rather indefinite to begin with.

All that said, the panel put processed meat into its Group 1 category, an inventory shared by far bigger cancer threats that include alcohol, asbestos and tobacco smoke. Some reports pointed out that plutonium was in the same group, as it is, but far down on the list. And this is what got the headlines.

Should I take this seriously?

Yes, but the next question is, “How seriously?”

How much of your protein intake is animal-based? And how much meat, both processed and unprocessed, do you consume most days?

(For those in the three countries that don’t use the metric system—the United States, Liberia and Myanmar—an eight-ounce steak is 225 grams. How much did that last hamburger or steak you ate weigh?)

Red meat has nutritional value, too, and is a major source of iron, zinc and vitamin B12. So eliminating it from the diet is not necessary and, unless you are ready to replace red meat with other protein sources, unwise. It’s worth noting that the WHO did not offer specific guidelines for its consumption.

However “iffy” the warnings seemed—as opposed to those regarding alcohol, tobacco and obesity, for example—the announcement got a loud and strong response. Predictably, environmental groups asked that warning labels be placed on meat, while the meat industry said, “Hey, wait a minute…”

Many in the media almost shrugged it off. “A bacon sandwich,” said the BBC, “is not as bad as smoking.” Which, of course, is like comparing the safety of riding on a motorcycle in heavy traffic and going shopping in a Humvee.

If you eat a lot of red meat—and especially processed meat—reduce the amount. As is clear in another story in this newsletter, on alcohol and the end-of-the-year holiday season, moderation is the key.