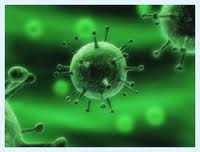 Diarrhea and vomiting are common reasons parents bring their children to the doctor or even to BIMC Hospital’s emergency room. Most are related to gastroenteritis, infection of the stomach and intestines. While usually it is a non-fatal illness, statistics show gastroenteritis to cause 3 million deaths annually worldwide.

Many children have more than one episode in a year. The severity can range from a mild tummy upset for a day or two with some mild diarrhea, to severe diarrhea and vomiting for several days or longer.

Virus infection is the most common cause of gastroenteritis, Rotavirus and Adenovirus being the major virus infecting the digestive system. It is estimated nearly every child in the world will suffer an episode of diarrhea caused by rotavirus before age five. Once someone is infected by Rotavirus, their body will develop immunity and becomes immune against it. Therefore, it is uncommon for adults to get rotavirus because most will have had it as a child. Seeing the very high incidence, in 2009, WHO recommended the rotavirus vaccine included in the primary vaccine in all national immunisation program.

Other causes are bacteria infection. Common examples are Campylobacter, Salmonella and Escherichia coli. Other causes of gastroenteritis are parasite infections.

The most common transmission of either viral and parasite infection is fecal-oral routes, examples are:

Though you must keep in mind, someone can be without symptom and still have microbes in their digestive system ready to give infection to someone else.

In most cases, since the most common cause is viral infection, gastroenteritis is self limited, lasting between 5 to 7 days. During the illness, treatment is aimed to reduce the symptoms and avoiding or correcting dehydration. For bacterial and parasite infection, antibiotic is added.

Whatever the cause is, the most important thing is to make sure the child is not dehydrated. Children have a good preservation regulation of their bodies, and may not show any significant symptom until they are moderately or even severely dehydrated. This means, once they show the symptoms of dehydration, their body regulation has started to fail, and it should be corrected immediately because the condition can deteriorate rapidly.

The most effective treatment for dehydration is fluid replacement.

Eat as normally as possible once any dehydration has been treated

Correcting any dehydration is the first priority. However, if your child is not dehydrated (most cases), or once any dehydration has been corrected, then encourage your child to have their normal diet. Do not ‘starve’ a child with gastroenteritis. This used to be advised but is now known to be wrong. So: