The Health Risks of Fish Pedicure 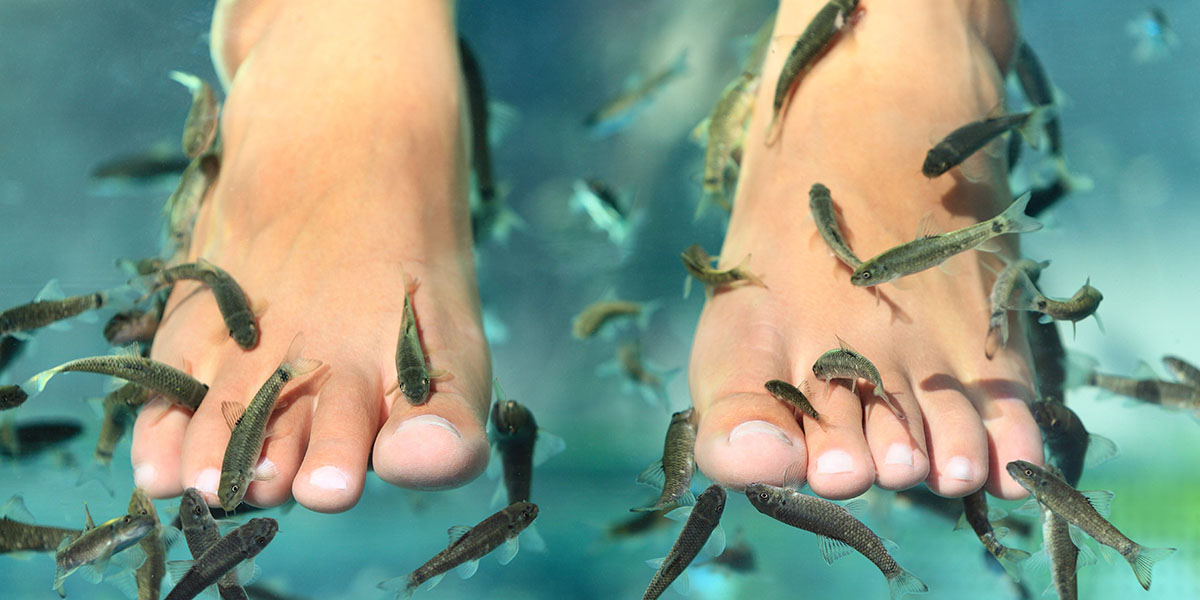 Getting a massage while visiting Bali is part of the holiday experience although next time you chose a cosmetic treatment involving dipping your feet in fish tanks, think again.

Having fish eat dead skin off your feet may be a trendy (and ticklish) way to exfoliate, but so-called “fish pedicures” could pose health risks.

This past July numerous media outlets covered the story of a New York woman, in her 20s, who went to the doctor after noticing that her toenails looked abnormal — a problem she’d had for about six months. She wasn’t in pain, but there appeared to be breaks in her toenails, so that the bottom part of her nails separated from the top part.

According to Live Science after having a “fish pedicure,” the woman developed a toenail condition called onychomadesis, which causes deep grooves that run horizontally across the nails, or large gaps where there is no nail.

The patient didn’t have any typical risk factors for toenail problems — such as an injury to the nails, or a family history of nail disorders — but she did report that she had a fish pedicure a few months before her nail problems started.

The patient was diagnosed with onychomadesis, a condition in which the nail separates from the “nail matrix,” or the tissue under the nail that produces cells that allow the nail to grow. The condition occurs when something causes the nails to stop growing for a while, according to the American Academy of Dermatology (AAD). As a result, people may see deep grooves that run horizontally across their nail — known as Beau lines — or they may see larger gaps where there is no nail, the AAD said.

Ultimately, the condition usually causes the nail to fall off, according to the new report, published in the journal JAMA Dermatology. However, people with onychomadesis usually experience spontaneous regrowth of their nail within 12 weeks, according to a 2017 report in the journal Cutis.

During a fish pedicure, people immerse their feet in a tub of water that contains small, freshwater fish called Garra rufa, which are native to the Middle East, according to the Centers for Disease Control and Prevention. These fish typically eat plankton, but if plankton aren’t available, they will eat dead human skin.

The popularity of fish pedicures peaked about 10 years ago in Bali and elsewhere, but they are still trendy today, the report said. But, there are several risks linked to fish pedicures — for example, when the fish are present, the tubs cannot be properly cleaned between one customer’s use and another’s. In addition, the fish themselves cannot be sanitized between each customer’s pedicure session, the CDC says. So, there’s concern that the pedicures might spread infections.

Indeed, in 2012, researchers in the United Kingdom intercepted shipments of Garra rufa fish bound for U.K. spas and tested them for bacteria. They found that the fish carried a number of potentially harmful bacteria, including Vibrio vulnificus, which can cause skin infections, and Streptococcus agalactiae, which can cause skin and soft-tissue infections, according to the 2012 study, published in the CDC journal Emerging Infectious Diseases. In addition, in 2014, researchers from Italy reported the case of a person who took a fish pedicure and then developed a foot infection caused by the Staphylococcus aureus bacterium.